Why Agata should never get another job as a NY government employee . . . especially a court of claims appointment

If you need another example of Agata's lack of integrity just look at the exhibit from his sworn testimony: 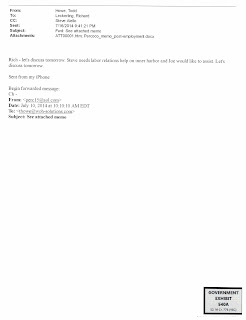 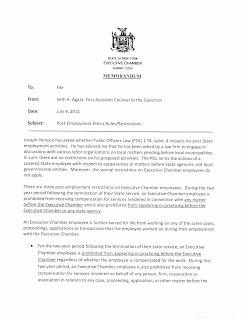 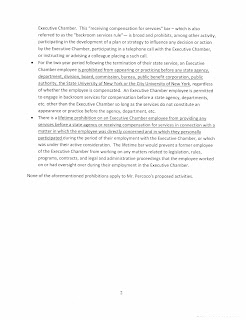 A couple of things to note here.  First Percoco sent Agata's opinion (prepared on state time) to Howe, which means somehow Percoco got it, either from Agata or the mythical file that Agata claims he prepared it for.  But most importantly look at the top of the memo.  That is state letterhead Agata used.

Now look at the ethics reminder JCOPE published in January of 2016.

Do you think Agata ever read the ethics reminder?  He did exactly what JCOPE tells every state employee NOT to do.  And Howe and Percoco used that memo on official Executive Chamber letterhead to assist their corrupt scheme.  Way to go Agata.

Can you imagine how it will look when he leaves JJOKE if they get him another state gig that requires integrity?  You know like a judgeship.

Maybe at the commission meeting Tuesday some JJOKE commissioner will sack up and discuss Agata's ethics violations with the press.

Posted by David Grandeau at 1:17 PM